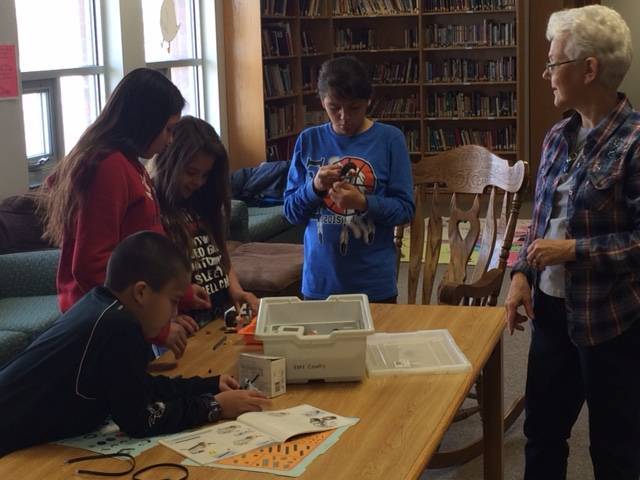 Santee Campus AAR, Doris Rohrer and Ruth Vonderohe from Knox County Extension planned a day to play with the 5th and 6th graders at Santee Community Schools. Six functionary robots were built and programmed to go forward, turn, and even say words. The group met in the Santee School Library and broke up into 6 groups, each having an adult to supervise and assist with the construction of the robots. Vonderohe, from the Extension Office led the group demonstrating how to assemble the robots and each group followed by assembling their robots.

When one 5th grader accidentally spilled a try of parts, he quickly realized there were a million pieces and it took some time to pick up! But every part had a function and many students built parts of the robots while some students focused on other areas. Some students recognized the small differences in the parts when they had to take pieces apart and rebuild them. In the end though, all the groups robots functioned and did what they set out to do.

Rohrer said that her team proved that girls are just as mechanical as boys! This Extension activity shows students the stages of industry. Many potential careers are opening in industrial arts and IT and our youth need opportunities to show what they can do. Thank you to the Santee teachers and para-staff that helped NICC and Knox County Extension have this fun day with the 5th and 6th graders! 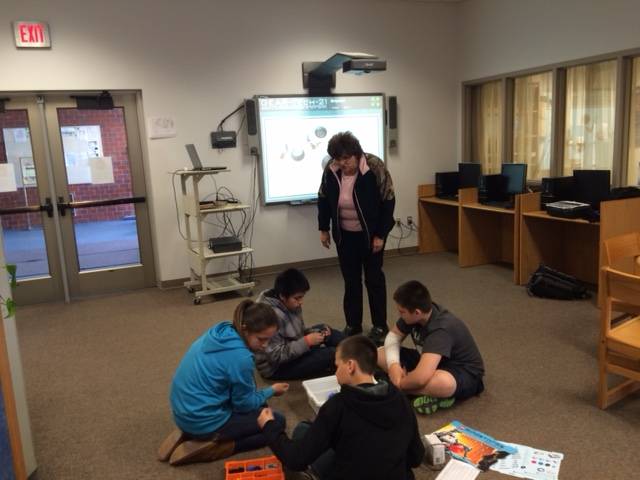