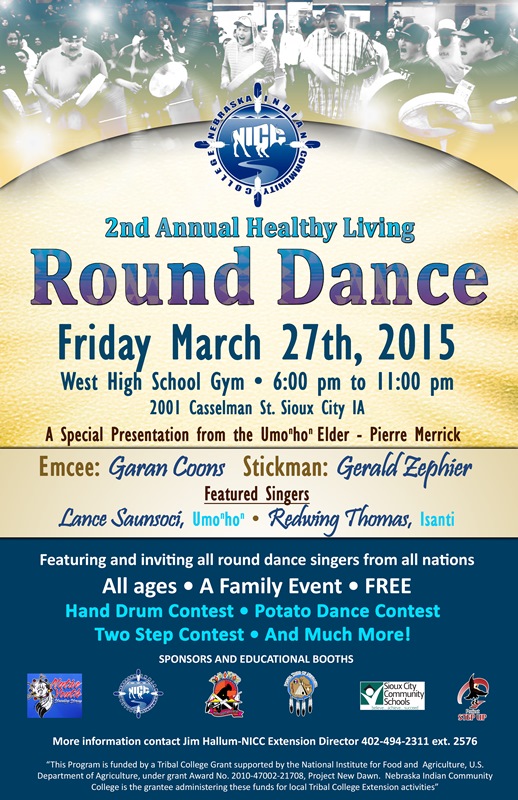 Below is the story from KTIV News.

Dance fads come, and go. But, some stick around from generation to generation.

The folks at Nebraska Indian Community College were out to show the positive effects one dance can have. It's known as Round Dancing.

"Social dance is what it is," said Jim Hallum of Nebraska Indian Community College.

It's dancing that dates back generations. and is still beating strong today.

"Tribes used to go to different tribes and they would do this dance as a way of having a friendship dance," said Garan Coons of Nebraska Indian Community College.

It's a Native American style of dancing where dancers form a circle around singers and drummers. They step, in time, to the beat.

"And everything we do is healthy lifestyles, education and prevention," said Hallum. "They're hungry for the culture."

Members of the Omaha, Winnebago and Crow Creek tribes were just some of those who took part in the event that organizers hope lifts people up to break barriers.

"Get over their shyness and just enjoy themselves," said Coons.

Organizers hoped participants could gain confidence, and strength to build bonds that can last a lifetime.

"Well it really strengthens the community," said David Frazier, who was introduced to Round Dancing for the first time. "Everyone comes together (and) everyone knows each other."

This is the second year Nebraska Indian Community College has hosted the event.