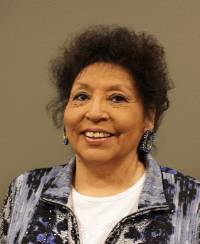 I have been a part of Nebraska Indian Community College since 1996 and graduated from NICC in 1983 with my Associate Degree.  I have raised my family on the Isanti Sioux Nation reservation and have many children and grandchildren.  Serving the Santee Sioux Nation as the Higher Education Director since 1971 has allowed me to continue to help students attend college at NICC and other colleges by being a good steward of the Bureau of Indian Education funding that the Santee Sioux Tribe receives for education benefits.  I attended financial training hosted by Salish Kootenai College and sponsored by Minority-serving and Under-resourced school's division in Montana where I learned a great deal about how Tribal Colleges coexist with Federal Funding Sources.  I am honored to serve the Tribe and the college with my knowledge.