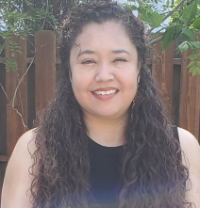 Susana Grajales Geliga is an enrolled member of the Rosebud Sioux tribe and is of Taino Descent. She received her PhD in History with a specialization in Ethnic Studies, and her M.A. in History with a focus on Great Plains Studies from the University of Nebraska-Lincoln. She received her B.S. degrees in Education, and Native American Studies, and her A.A. degrees in Lakota language, and Lakota studies from the Oglala Lakota College in Rapid City, South Dakota. Prior to returning to graduate school, she taught Lakota language and culture in the Rapid City public school system for eight years, and Lakota language at Oglala Lakota College in Rapid City for two years. She also created and ran the Little White Buffalo Project, a Lakota language and cultural preservation non-profit program for Rapid City's youth for ten years.